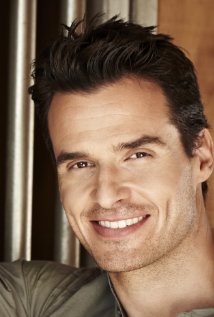 The new cast of Dancing With the Stars Season 19 has been revealed and it includes General Hospital alumni Antonio Sabato Jr, who you might remember as Jagger Cates!

Long-time GH fans will remember him as the older brother of Stone Cates, Robin Scorpio’s first love, who lost his battle with an AIDS-related illness in a groundbreaking storyline in 1995. And before there was Sonny and Brenda, there was Jagger and Brenda -  they enjoyed a short-lived romance before he finally ended up with Karen, his true love. He was able to get her away from club owner Sonny Corinthos, who had her hooked on stripping, booze and pills, and the two were eventually married, leaving Port Charles for a new life in San Francisco!

I’ll be rooting for Antonio when Dancing With the Stars premieres on Monday, September 15 at 8pm on ABC.

Check out this clip of Jagger back in 1992, meeting a very young Brenda!